Exploring hobbyist and commercial fish rooms from all over the world!
Included are visits to the UK, Germany, Norway, Peru and various locations across America. Bring your notebooks and pens.........guaranteed you will see gadgets, tricks and ideas that you will want to incorporate into your own fish room. 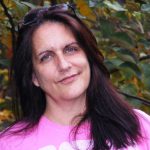 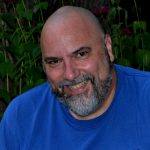 Regina Spotti has been keenly interested in nature since childhood. Aeons ago she
persuaded her mother to allow her to bring some goldfish home from, of all places,
a grocery store. These “promotional items” quickly led to an interest in the
tropical fish hobby which has lasted over forty years. She enjoys keeping and
breeding various tropical fish from all corners of the world. Whether it’s a “lovely”
betta, an “awesome” cichlid, a “boring rivulus”, “a plain rasbora”, or an “ugly
catfish”, Regina will make room for it in one of her fish rooms. She currently
maintains about 70 aquariums not including the fry tanks, all of which are filled
with a wide array of species from cory cats to characins. While her hobby may be
described as out of control by some of her peers, Regina finds the fish keeping
hobby relaxing and rewarding. One of her favorite things about the hobby, other
than the fantastic people she meets-watching the expressions on people’s faces
when she tells them her hobby is keeping and breeding tropical fish.

Eric Bodrock is the Owner of All Oddball Aquatics, a tropical fish
hatchery and independent online retailer located near Pittsburgh PA. Along
with his fiancé, Regina Spotti, they currently maintain about 250 aquariums
in their home-based hatchery and are working with many species of fish.
Eric has been active in the aquarium hobby since age 10 and has worked in
the retail, wholesale/distribution, installation, and hatchery aspects of the
industry. In addition to his accomplishment of successfully spawning over
500 species of freshwater fish, including more than 130 species of catfish, he
has published articles, judged dozens of fish shows and has given countless
presentations. In addition to covering much of the United States, he has
traveled to aquarium related events in Canada, Germany, Norway, Peru, and
the United Kingdom.
Eric has been an active member of the Greater Pittsburgh Aquarium Society,
which he has been a member since 1976! He considers himself as a “Lifer”
in the hobby and continues to promote the aquarium hobby in every possible
way…you’ll often hear him say: “There’s always room for one more tank!”

Posted in Past Speakers