Scott Ray is the Owner of I Wish I Were A Fish, based in Erie, PA.  He currently runs the business out of his home and orders various fish, some common, come rare.  He has a B.S. in Environmental Biology, with a concentration in Freshwater Ecology from Clarion University of PA.   He is currently a Species Recovery Biologist, and in charge of Pennsylvania’s freshwater mussel propagation program.  He an active member in the Erie Aquarium Society of PA, vice president.  Scott has a wide variety of fishes, anything from large and dwarf South American cichlids, various livebearers, several African cichlids, but his favorite is the many native darters.  In 2014 he started his own aquarium related business, I Wish I Were A Fish, LLC.  Scott carries a select variety of fishes as well as breeding his own.  He also sells his own line of flake and pelleted foods, all made in the US and Canada.

Scott began his aquarium hobby when he was 10 with a 20-gallon tank.  His mother and him went through the normal fish at the time from guppies, to swordtails, kuhli loaches, and tetras.  His hobby extended until he was in his mid-teens when sports and high school took precedent.  Upon entering college, a 10-gallon tank was setup in his dorm room and stocked it with some tetras and paradise gourami’s.  While watching the paradise gourami build a bubble nest he again became enthralled with how to keep fish and started learning more about how to get them to spawn.  During his junior year he obtained a fisheries internship studying local fishes that were endangered, threatened or of special concern, funded by the US Forest Service looking for fishes throughout the Allegheny National Forest.  During his senior year he received another internship that focused on pond ecosystem dynamics regarding panfish, crayfish, insects and snails.  While working these two internships he was introduced to many of the native fishes he never really paid attention too.  He then realized that there are several native fishes that rival many tropical varieties in color and showmanship.  After graduating college, He was hired by a PetSmart and within 6 months was running their pet department including fish, birds, small pets and reptiles.  During his time at the pet store his hobby developed into an obsession, as I’m sure many of you can relate too.  At one time he had about 70 tanks scattered all over his basement.  After 7 years he decided to leave the retail environment, to focus more on his family and use his college degree, leading him to a fish culture position at the Union City Fish Hatchery.  Where he spawned, raised and stocked various warmwater/coolwater fishes from Northern Pike, Tiger Muskellunge, Muskellunge, Walleye, Channel Catfish and Hybrid Striped Bass.  In the fall of 2015, he transferred to the Fairview State Fish Hatchery and in mid-2016 he was promoted to Foreman of the Fairview Hatchery.  In the fall of 2018, he was asked to transfer to the Union City State Fish Hatchery to develop and oversee the brand-new Freshwater Mussel Program.  Since the fall of 2018 he has been helping develop the new program for freshwater mussels and eventually hopes to develop additional nongame species production in the near future.  In 2013 he started the process of consolidating fish tanks and built a fish room in the basement so his wife could have the rest of the basement back.  Due to lack of availability of uncommon or rare species in the Erie area, he decided to start his own business to help fellow hobbyist and bring new fish and products to the area.  He currently runs the business out of his home sells to other hobbyists and a few stores.  To further his business, with the help of some other fish friends, he decided that he was going to start importing fishes to bring a better variety to the area.  Scott’s talk will be about Importing and Treating Tropical Fish.  If you are interested in any fish or fish food, contact him for an updated list, and he can bring them to the meeting. 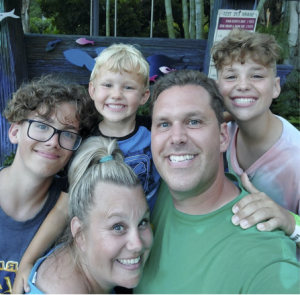 Support your club and potentially win prizes donated by our sponsors. Support our sponsors by visiting their web pages listed on this web site.

50% of the winnings go to a participant, 50% goes to club to help pay rent for facilities.

There will be a mini-auction. Sellers will receive 70% of sales. 30% goes to club to help pay for expenses and supplies.

There will be plenty of time to mingle with members and guests throughout the evening.

Posted in Past Speakers